How Well Do We Really Know Each Other?

Meeting new people and making new friends is weird. Society's pressure to "fit in" requires that we do what other people do, laugh at their jokes, make our own, talk to people, and maybe get to know them. Fitting in requires either finding people who are like you, or adapting to the status quo of social paradigms. That, or spend your days alone.

Those are the options, right?

What if I told you that, for the past six weeks, I've worn my passions on my clothes? What if I told you that, despite not knowing a single person in my Masters course, I wore t-shirts with Final Fantasy VII characters, Guardians of the Galaxy references, and Harry Potter icons on them? For all I knew, I could have immediately alienated myself from the class group.

The big question still remains: have I been myself? While I've been unironically enthusiastic about a lot of different things that aren't exactly "normal" (a word that loses all meaning when personal expression is the aim), and while I've exposed a lot about myself to my classmates, I certainly haven't been myself, not 100% of the way.

This is no reflection on them. I don't feel like I can't be myself around them. I don't think they would think any less of me if I showed my full palette of colours. However, like everyone else with an insecurity issue or two, it's not always a matter of whether the other people will accept me. The problem isn't that I can't be myself, in the sense that I would be in intimate, private situations, but that, maybe, I shouldn't be myself.

My reasoning is simple, maybe to its detriment: emotional baggage.

My formative years weren't the best for developing social skills. I take jokes slightly too far. I don't always read people correctly. I have trouble shutting up. These consequences of my youth - say, age 12-15, give or take - are obvious after spending a bit of time with me. But the reason why things turned out that way, that remains a secret except to those who probably don't realise the lasting effect those years have had on my life.

I certainly haven't spoken at length about those years with the majority of the people in my life. This isn't a trust issue, except maybe in the sense that I don't trust myself not to dump every modicum of emotional baggage I carry on those who don't know how to deal with it. Put simply, I don't think I can volunteer that information to anyone any more.

And just by that decision, I'm hiding part of myself. But the fact is, if I felt like I could trust someone, and if they really wanted to know, and if I could feel it from them that they wanted to know for more reasons that sheer curiosity. 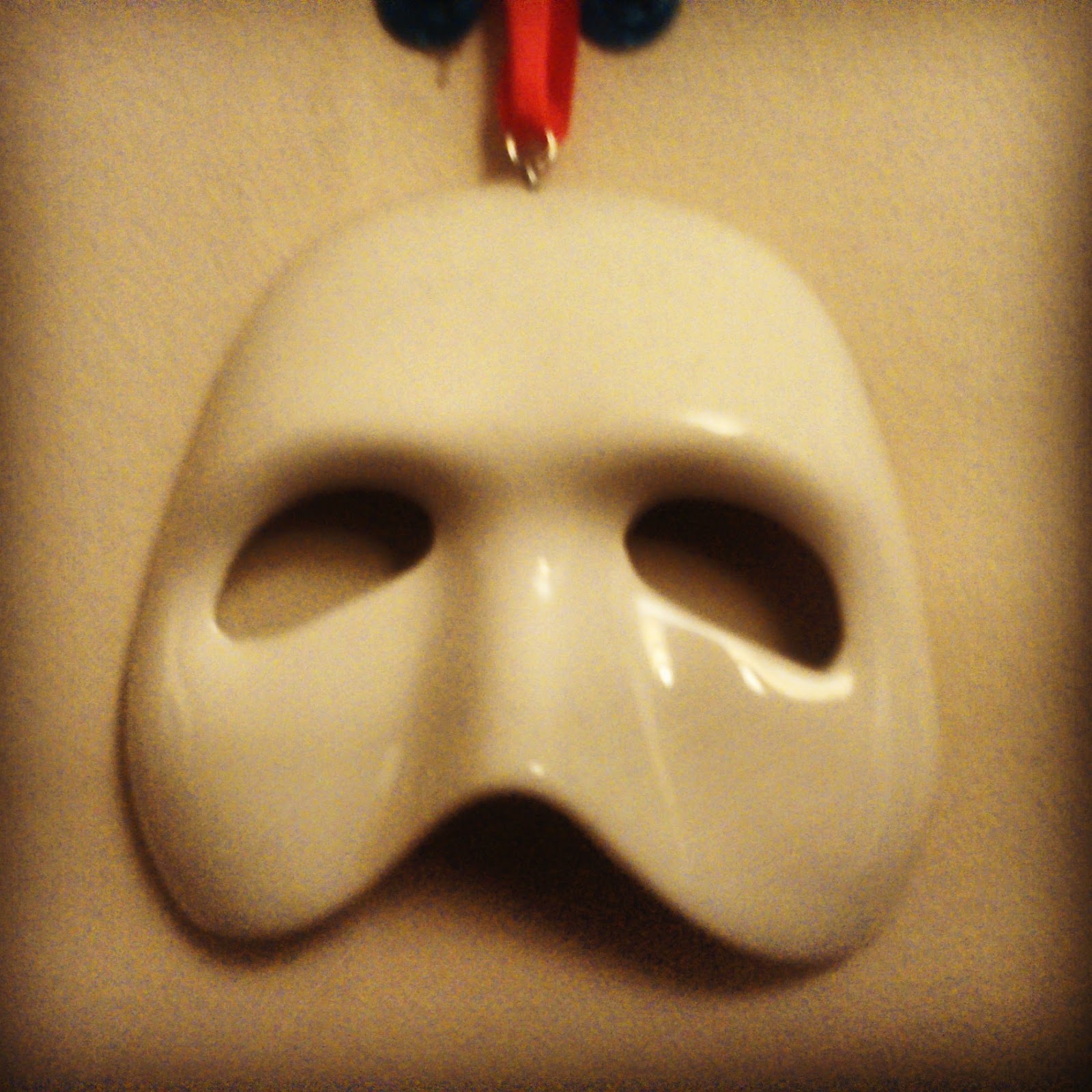 I hide my secrets under masks, masks carved from personal truths. I wear masks that say I'm a nerd, that say I like to bake, that say I like to stay on top of college work and the little intricacies of information that fly about in emails. I wear masks that tell people who I want to be when I'm in public, to hide the person I don't like to be, the person who panics, who stresses out, who succumbs to fear and doubt and dread.

The evidence has been made clearer to me over the past six weeks than ever before that I'm not the only person who does this. We all hide things about ourselves, little interests, stories from our pasts we don't share, opinions on the world around us. Everyone does it, because there's a prevailing fear of the intimacy of personal knowledge about other people, and letting them know more about us than we care to admit.

Bad jokes, nerdy t-shirts, enthusiasm, anger, curiosity, baking; these are the masks I wear, to hide the rest of what makes me up. It's all true, it's just not the full truth.

Any friends or family who may end up reading this, here's the thing: the next time you see me, if it really matters for you to know something about me, just ask. The thing about masks is that eventually, they have to come off.
Posted by Paul Carroll at 10/30/2014 08:17:00 PM No comments:

As I begin week five of my Masters, I'm faced with a unique and oddly vague assignment: make the news.

The Mirriam-Webster Dictionary defines news as:

It's the definition supported by Google, and it doesn't really help.

By the very notion that "news" is merely "new information", then this blog post becomes "news". For some, it certainly is. An account of what I'm currently doing in life, about what's different, adheres to one definition of "news".

Given the gap between this post and my last, back at the time of Robin Williams' death, a lot really has happened. While I have many good intentions on setting up a dedicated site to tell all about my new college life, an exploration of events to date does, by the definition of "new information" require something to written about here. 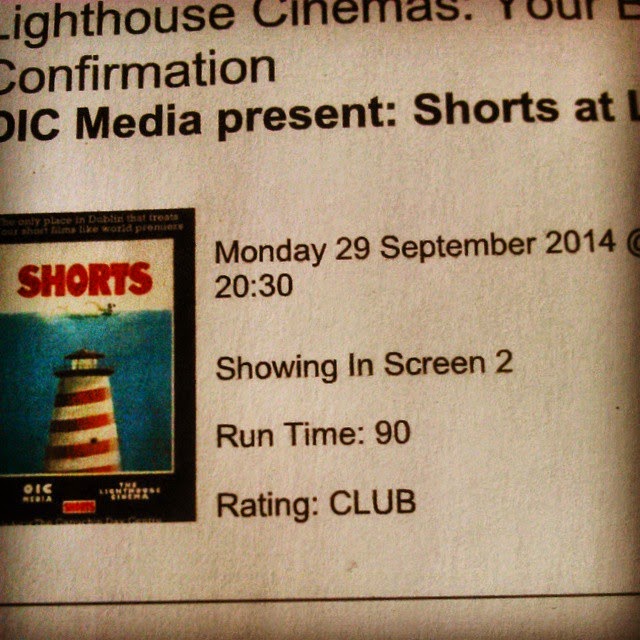 For one thing, my cinema experiences. Regular readers will know that I have formed a habit of attending the cinema on a weekly basis. That hasn't necessarily changed, but recently, college life has forced upon me the option of attending something a little more...arthouse.

The Lighthouse Cinema in Smithfield, on a monthly basis, hosts a series of short films. At the start of my second week in college, myself and a few of the others in the course were in attendance. We barely knew each other. We weren't regular attendees of short films. We had no idea what to expect. But I did bring cookies with me, and that certainly made things that much easier. 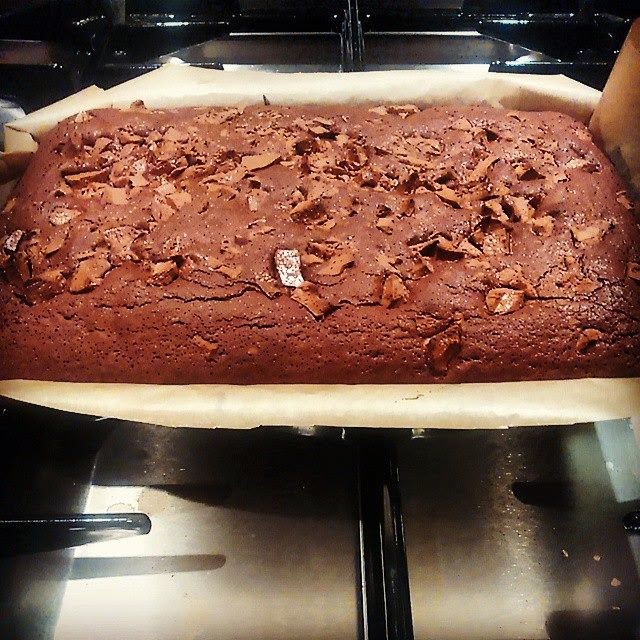 That hasn't changed. Baking, whether it's cookies or brownies, has continued to serve as suitable tender for friendship. Mostly recently, brownies have made a presentation on Susan Sontag's On Photography that much easier to get through. That baked goods still manage to put people into a good mood is not news.

They did, however, appear as a bribe for class rep nominations. I use the word "appear" intentionally here; no one really wants to be take up the role. The fact that I shrugged in response to the proposition essentially secured my nomination (which became official when, last week, the head of the course took note of it during our Multimedia Imaging lecture.)

And that is news. That's something I haven't announced on social media. That's something that's so far only known to the twenty-odd other people in the course. It's a new role in my life, and whether that's of interest to anyone is inconsequential. Not everyone finds interest in every news story by the traditional media. 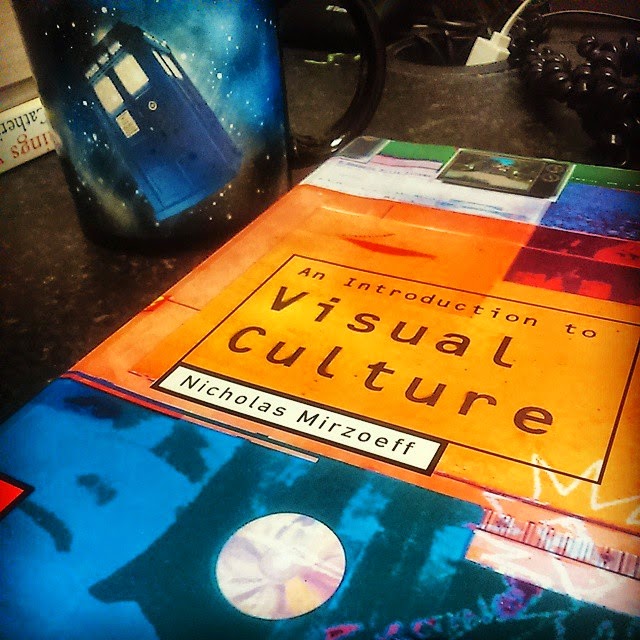 On top of the changes in cinema viewing, the types of books I read have changed drastically. Dropping the last book I had been reading, I was required by sheer time limits to read exclusively from the reading lists and module assignments as they presented themselves on a weekly basis.

This has meant turning to books like Nicholas Mirzoeff's An Introduction to Visual Culture, with the additional text Visual Culture Reader to turn to when I eventually work my way through the first tome. 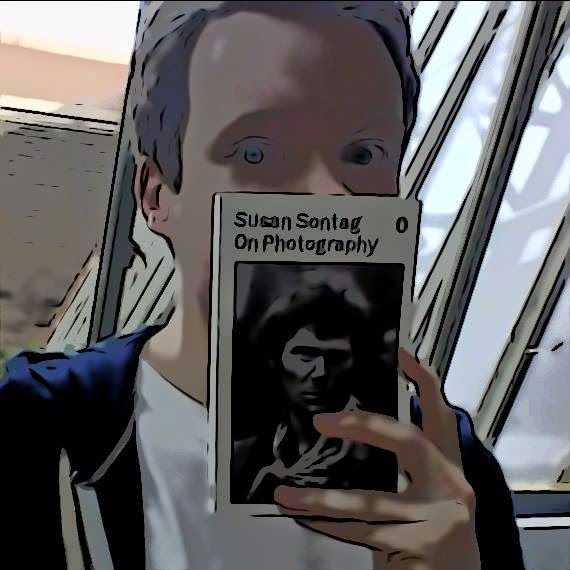 On top of that, the beginning of my Masters has required an in-depth look at art and photography in very particular and specific ways. Susan Sontag's On Photography and John Berger's Ways of Seeing became books for the bedside locker. While the latter had an accompanying series of documentaries on art to make digesting the text that much easier, Sontag's book was a 180 page collection of essays that insisted on being supported only by intuitive thinking.

It was on Sontag's book that I was required to make a presentation, with a week to read and prepare a 20-slide piece on the subject of The Selfie. 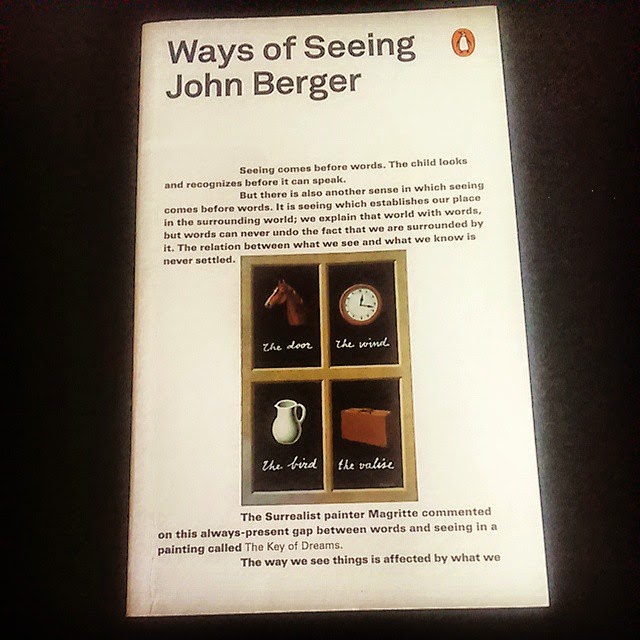 I have never been so fed up with The Selfie as I am now. But that's just an aside point.

The advantage to reading such texts is that I was forced, by sheer reading requirement, to learn more about photography. The importance became evident when I began work on my photography project. Portraits were suddenly on the table.

While I would love to say I'm an expert in the making, that would be stretching the truth. But I have been practising, and I at least feel as if I have a fair enough understanding of portraiture and photography (at least in using the camera) to take a few half-way decent pictures. I have no doubt that many of them will be dismissed almost instantly by my lecturer. I wish that was a joke. 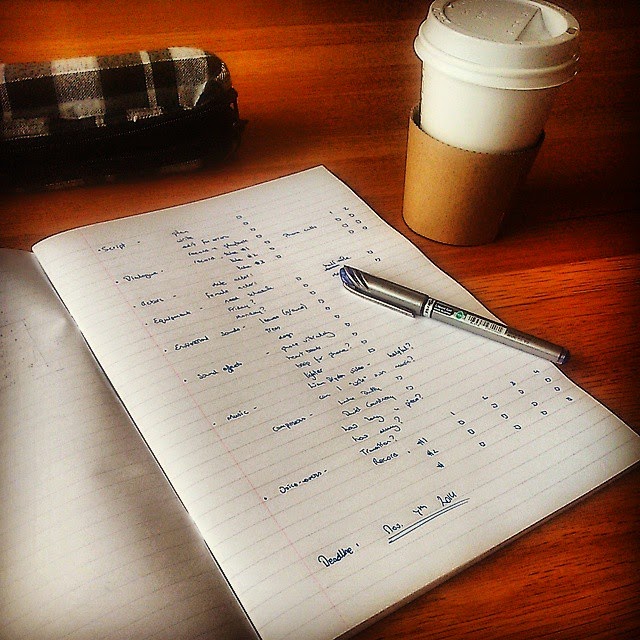 While my photography project is still a bit up in the air, with about four weeks to pull it all together, and a few hundred more photographs to take to really get there, my audio project received a warmer welcome. That is to say, aside from the sheer workload involved in it, my lecturer agrees it fits the project brief.

That's a start. It was also the call-to-action that led to my writing of an extensive and incomplete check-list. For my project, I'll be writing and producing an audio drama, tentatively entitled Love at First Date. And that, I think, is something newsworthy in relation to the context of this blog. It only took a few hundred words.

Beginning a Masters was, a few months ago, a very exciting proposition. Exciting, but terrifying. I had no idea how much my life would change as a result of a decision I made last February, except that I wouldn't know anybody. And that was worrying. I'd had enough of not knowing people. But I'm glad to say that, on top of approaching new subjects and new ideas, I'm getting to make new friends. That, though, is the topic of a whole other post.
Posted by Paul Carroll at 10/20/2014 06:24:00 PM No comments: